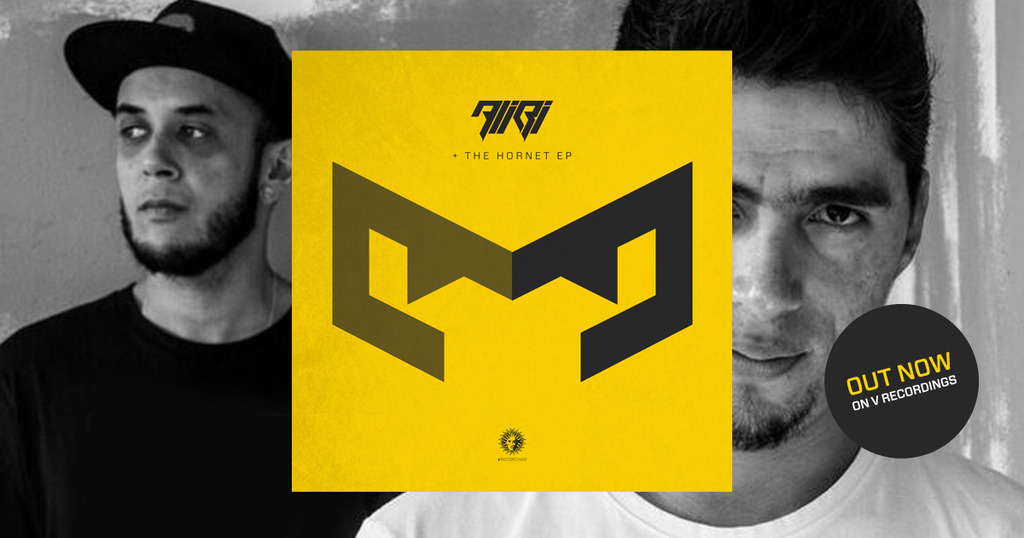 Alibi sees two of the brightest lights from the Brazilian D&B scene, Level 2 and DJ Chap join forces under their new production moniker for their second release on the legendary V Recordings.

Fresh from mixing the critically acclaimed ‘Planet V Drum & Bass Vol 2’ album earlier this year, cementing their selection and mixing credentials, the duo have also just made a guest appearance on Hospital Records ‘Future Sound of Brazil’ project, picking up a legion of new fans along the way. Now the boys return back home to V for The Hornet EP – a beautifully balanced EP showcases the lighter and darker sides of the productions.

Kicking things off with the deep sounds of ‘Last Call’, then onto the DJs favourite ‘Hideaway’ which has been rocking dancefloors the world over. Things then get a little different as we move into the experimental half step rhythms of ‘The Hornet’, expect to see this one crossing genre boundaries! And last but no means least is ‘Fire’ complemented by the vocal talents of singer/songwriter Charli Brix, this lush D&B roller hits all the right notes in its delivery, and what a way to finish off the EP!

For such a new act, Alibi are really starting to make a name for themselves with their precision cut productions, mixing the deep with the dancefloor. Support for the duo has come already from V boss Bryan Gee, DJ Marky, DJ Hype, Calibre, London Elektricity, Break, Fabio & Grooverider, Bailey, Kasra, Ivy Lab, Hazard, and a whole load more. Get to know!