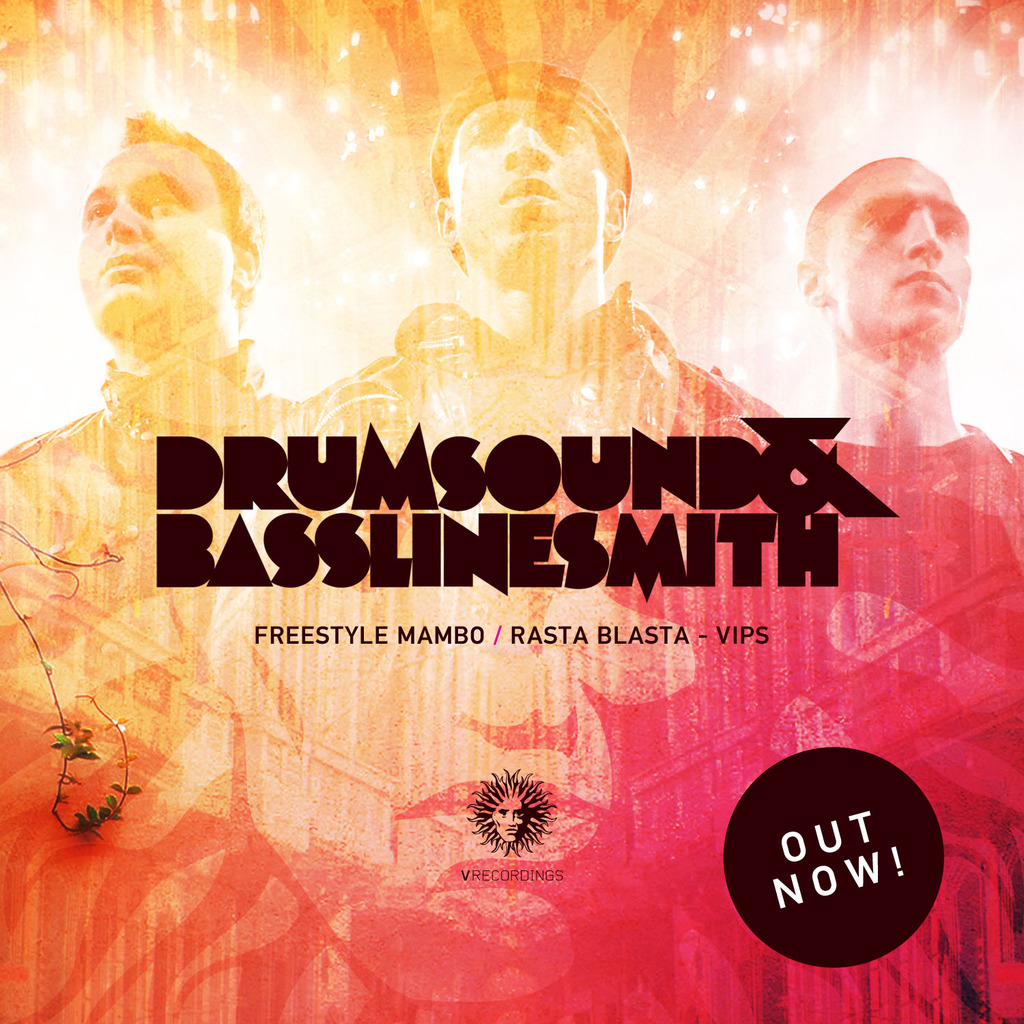 The mighty Drumsound & Bassline Smith return to V Recordings with two brand new remixes that have been setting club land and festivals alight all summer long! These two VIP cuts provide the perfect contrast to some of this legendary production trio's harder output on their own Technique Recordings, and it's an honour to have them on the label again!

Rasta Blasta VIP flips the script and goes deep, with sublime rolling beats, and a bassline that leaves you no choice but to close your eyes and get taken away with the music. Freestyle Mambo VIP flips the script and gets funky before unleashing a drop absolutely packed full of vibes - this is Jump Up V style! Having originally been released across V Recordings and sister imprint Liquid V when these new mixes surfaced, there was only ever one home for them - with both tracks being brought bang up to date in fine dancefloor destroying style!

Drumsound & Bassline Smith are one of the genre's most successful acts. Over the past 15 years they have effortlessly managed to combine releasing a slew of underground club anthems, with a steady flow of tracks which have propelled them to D&B household name status. This has ensured an non-stop worldwide touring schedule, and on top of that they are some of the most in demand remixers in the scene - these guys just don't stop!