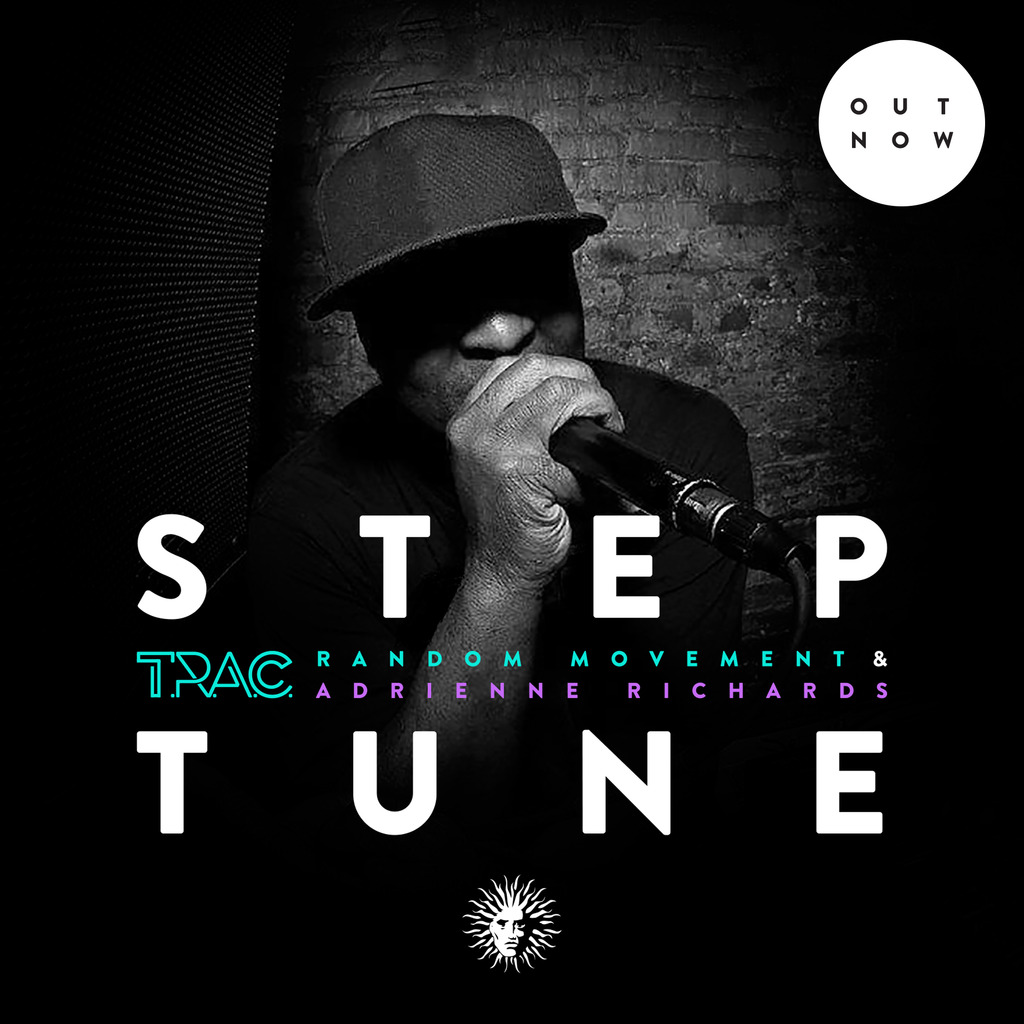 T.R.A.C. steps forward to take centre stage with this first single from his forthcoming album 'Life In Motion'. Having appeared on numerous D&B tracks over the past few years on labels like V Recordings, Shogun, Jazzsticks and more as a featured artist T.R.A.C. is no stranger to the studio, and his lyrical finesse shines through on this funk filled roller. Linking up with the heavenly Adrienne Richards on vocals, and US liquid legend Random Movement on production 'Step Tune' delivers on all fronts, and sets the bar high for the album to follow later this year.

When it comes to Hip Hop, New York is home to many great MC's and artists of all genres. Anyone who has ever visited the borough of Brooklyn will have seen its wide mix of cultures, ethnicities, and renowned musicians living within some of the most historic neighbourhoods in the world. Growing up within this melting pot has inspired the MC known as T.R.A.C. - his name alone clearly states what his intent is all about... To Rule And Conquer.

So what's this New York based Hip Hop MC doing on V? Well, as well as his first love of Hip Hop, T.R.A.C. is a long-time lover of breakbeats at 174bpm - perhaps taking his inspiration from Marc Mac, legend of 4 Hero and Reinforced fame who produced his debut album on BBE Records.

Over the past 10 years T.R.A.C. has built up a loyal following performing at D&B events all over the North America, Canada and Europe, and it was on one such occasion that he caught the attention of V Recordings head honcho Bryan Gee. Instantly recognising his lyrical skills and the opportunity to unite that East Coast Hip Hop style with its distant cousin from across the pond, Drum & Bass. The results are like nothing you've heard before!