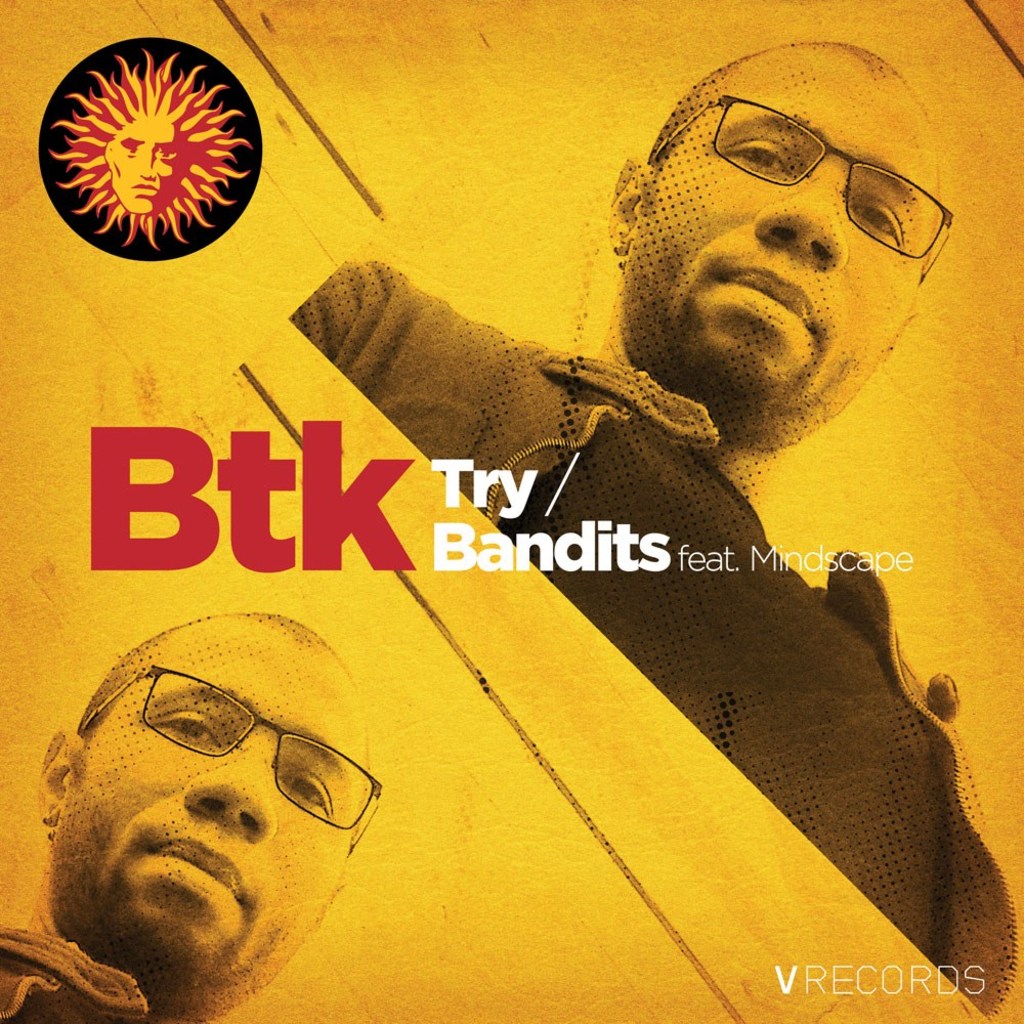 Hailing from Brazil, a hotbed of DnB talent, BTK has worked for an impressive list of respected imprints including Virus Recordings, Shogun Audio, Playaz Recordings, V Records and Renegade Hardware. Known and respected in the dance and by his peers, BTK’s productions regularly find themselves in sets from some of the biggest DJ’s in the scene, with Ed Rush & Optical, Andy C, Friction, DJ Hype, Audio all drawing for the Brazilian’s rough but soulful beats.

Now after his debut album on Virus Recordings (produced together with Optiv) still being played a year after its release, BTK is set to drop two more bangers on V Recordings.

Try Another storming production, Try has all the hallmarks sounds of another V Recordings classic. Featuring haunting vocals full of depth and a deeply unsettling bass, BTK fuses soul and pure filth with huge results. Packed with hard drums, dark bass and ominous synths, Try is already ruining the rave.

Bandits On the flip, BTK and Mindscape roll out the deep techier vibes they have become famous for. After an adrenaline fueled build up, Bandits hits hard. Featuring unlawfully heavy bass and hard hitting drums, Bandits is sophisticated Drum and Bass from the Brazilian producer - and rounds off another quality release from V Records.

Get the release here : bit.ly/BTK_Try